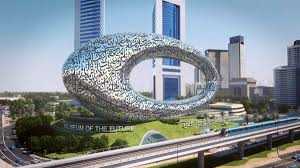 NOTE: THE ITINERARY COULD BE ALTERED WITHOUT AFFECTING THE VISITS OR THEIR CONTENT.

Pick up at your hotel or airport.

Dubai is a true jewel of the Middle East, where the traditional mixes with the most modern, reflected in a luxurious lifestyle. It is the jewel of the Arabian Gulf.

The city came into existence in the 19th century, around a natural inlet, called Dubai Inlet. That is where our tour begins, taking a walk through the cove using a type of traditional boat called abra, to access the most typical markets there, called the spice souq and the gold souq. There is free time to walk through its alleys full of oriental scents.

Next, we make an essential visit to get to know the traditional neighborhood Bastakya, a tour of the past through the neighborhood with its wind towers, where the first natural air conditioning is; the coffee museum and its art galleries. We will know the complete history of Dubai and how it progressed in such a short time.

Then we pass through the neighborhood called Zabeel residence of the royal family. There we make a stop for photos in front of the luxurious royal palace of Sheikh Mohamed Bin Rashid, the current governor of the emirate of Dubai.

Then we continue via the famous Sheikh Zayed avenue, to get to know the new Dubai and make a photo stop in front of the famous Burj al-Arab hotel.

Visiting the elegant neighborhood of Jumeirah, we arrive at Souq Madinat Jumeirah, a market built in the traditional style of the old Arab markets. There we can see the activity of its channels with the boats sailing and on the sides the terraces with restaurants and cafes. In them you can have a snack or a drink on your own at your leisure.

Next, we arrive at the Palm of Jumeirah, the world's largest artificial island made by humans.

Later we passed by the legendary Atlantis hotel, on the way to the Dubai Marina, a complex of skyscrapers surrounding an artificial lake that is one of the largest in the world. There is free time to walk and enjoy a pleasant atmosphere of luxury and modernity.

After leaving the luxurious Dubai Marina, we arrive at Dubai Mall; one of the largest shopping centers in the world, with more than 1,200 stores. More than a million square meters that will leave us speechless, amazed by its aromas and shops.

We will finish with a stop for photos at Burj Khalifa, a tower with 828 meters of height. It was recorded in the Guinness Book of Records as the tallest tower in the world built by humans in 2010.

There are no reviews yet.

Don't have an account Register
We use cookies on our website to give you the most relevant experience by remembering your preferences and repeat visits. By clicking “Accept All”, you consent to the use of ALL the cookies. However, you may visit "Cookie Settings" to provide a controlled consent. Read More
Cookie SettingsAccept All
Manage consent

This website uses cookies to improve your experience while you navigate through the website. Out of these, the cookies that are categorized as necessary are stored on your browser as they are essential for the working of basic functionalities of the website. We also use third-party cookies that help us analyze and understand how you use this website. These cookies will be stored in your browser only with your consent. You also have the option to opt-out of these cookies. But opting out of some of these cookies may affect your browsing experience.
Necessary Always on
Necessary cookies are absolutely essential for the website to function properly. These cookies ensure basic functionalities and security features of the website, anonymously.
Functional
Functional cookies help to perform certain functionalities like sharing the content of the website on social media platforms, collect feedbacks, and other third-party features.
Performance
Performance cookies are used to understand and analyze the key performance indexes of the website which helps in delivering a better user experience for the visitors.
Analytics
Analytical cookies are used to understand how visitors interact with the website. These cookies help provide information on metrics the number of visitors, bounce rate, traffic source, etc.
Advertisement
Advertisement cookies are used to provide visitors with relevant ads and marketing campaigns. These cookies track visitors across websites and collect information to provide customized ads.
Others
Other uncategorized cookies are those that are being analyzed and have not been classified into a category as yet.
SAVE AND ACCEPT
Funciona con