4 Fun facts about the Dubai Museum of the Future

We are going to talk to you in this article about 4 curious facts about the Museum of the Future Dubai. This is an extraordinary building that can be found atop Dubai's electronically automated metro network. It is there that one of the Dubai's most ambitious projects, considered one of the architectural wonders established as the most beautiful building on the face of the earth.

Entering you are greeted by a spacious living room where the sun's rays filter through the arabic calligraphy which is engraved along the façade. Creating a beautiful confluence of lights, so the visit to the Museum of the Future It will leave you with memories for a lifetime.

The words that read in the calligraphy were taken from the poems of a ruler of Dubai, better known as Sheikh Mohammed. The Museum of the Future or MOTF, is a space dedicated to the exhibition of ideas that benefit the future.

A true symbol of innovation in the future, this museum has the ability to offer a series of unique experiences, transporting you to the world to come.

The main motto of the museum is: “See the future, create the future."

The museum also applies the latest technology to traditional art forms with the intention of projecting into the future Dubai's desire to become the most modern city in the world.

This represents the earth.

This represents the future that we do not know.

4 Curious Facts about the Museum of the Future Dubai

1 How much does the entrance to the Museum of the Future in Dubai cost?

It is possible to find tickets through the official website for a price around 145 AED.

2 How long is the visit to the Dubai Museum of the Future?

The visit to the Museum of the future can generally last around two and three hours or a little more.

3 What's inside the Museum of the Future?

Inside the museum you come face to face with virtual and augmented reality, Big Data, robotics in artificial intelligence. You will be able to socialize until you understand the future of the human being and of nature as a whole.

The museum also houses laboratories for the health innovation, education, energy, transportation, and smart cities. In addition to investing in new projects on inventions in association with researchers, institutes, among others.

4 What does the Museum of the Future in Dubai say?

The Museum of the Future has as its main goal, to remain constant and pioneers on the projections and ambitions of the Emirate. Like her desires to be considerate the most modern city and exclusive that exists. Despite a political system that is largely based on hereditary rule with fairly strict limits on any kind of expression.

Even so, your visitors will have the opportunity to interact with this revolutionary technology. According to him architect Shuan Killa, who is the author of the project, the visionary design of the museum aims to represent the visión del futuro de Dubai, Therefore, it consists of three crucial elements, although the main one is:

Who represents the earth, solid, permanent and rooted in its location, throughout time and history. 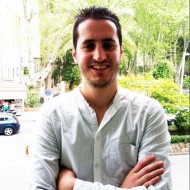 Don't have an account Register
We use cookies on our website to give you the most relevant experience by remembering your preferences and repeat visits. By clicking “Accept All”, you consent to the use of ALL the cookies. However, you may visit "Cookie Settings" to provide a controlled consent. Read More
Cookie SettingsAccept All
Manage consent

This website uses cookies to improve your experience while you navigate through the website. Out of these, the cookies that are categorized as necessary are stored on your browser as they are essential for the working of basic functionalities of the website. We also use third-party cookies that help us analyze and understand how you use this website. These cookies will be stored in your browser only with your consent. You also have the option to opt-out of these cookies. But opting out of some of these cookies may affect your browsing experience.
Necessary Always on
Necessary cookies are absolutely essential for the website to function properly. These cookies ensure basic functionalities and security features of the website, anonymously.
Functional
Functional cookies help to perform certain functionalities like sharing the content of the website on social media platforms, collect feedbacks, and other third-party features.
Performance
Performance cookies are used to understand and analyze the key performance indexes of the website which helps in delivering a better user experience for the visitors.
Analytics
Analytical cookies are used to understand how visitors interact with the website. These cookies help provide information on metrics the number of visitors, bounce rate, traffic source, etc.
Advertisement
Advertisement cookies are used to provide visitors with relevant ads and marketing campaigns. These cookies track visitors across websites and collect information to provide customized ads.
Others
Other uncategorized cookies are those that are being analyzed and have not been classified into a category as yet.
SAVE AND ACCEPT
Funciona con